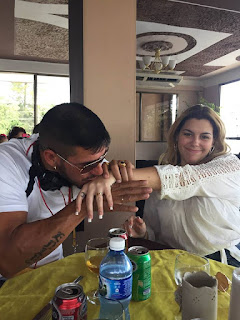 "It started off when I went to Cuba in 2011.
I met someone there and thought he would just be a date. We ended up hitting it off really good. I went back the following summer to visit again. Then we just decided we really liked each other. That was in 2012.
I asked him if he would like to come and live with me in the United States. He said yes, he would like to; it was always his dream to go to the U. S. and work, and be able to live a life worth living.
In 2013 I started all the paperwork for a fiancé visa. It was expensive, but as a U.S. citizen I have the right to petition for a fiancé visa for someone in a different country. We knew that if he was approved for this visa we would have to get married within 90 days. We had no problem with this; we liked each other so much and were in so much love. We had already been dating for 2 1/2 years!
It was very difficult when we found out he was denied. We found out in November 2014, after so much time waiting for the big day. He was denied because the U.S. Embassy was convinced we were already married.
That was kinda funny, because it was not true. We were not married.
We thought, with all the positive changes between the U.S. and Cuba, it would be an easy yes. Things aren't always like that.
I try to visit him every month or so. I save my money, my parents are very supportive, and I have people who will buy my plane ticket or help with money toward my tickets if I take things to their family and loved ones in Cuba. Somehow, it works out. The government has opened e-mails in Cuba now, so I bought him a phone and we can communicate that way, which is so much better. Before I would have to buy calling cards, which is really expensive.
During my trip this last March, we got married. Now I can put in for the spouse visa and try again this way.
My husband is a very poor man. He lives in a house with no refrigerator, no TV. Cuba is still a third world country and many people forget that. It is hard being here with a good life and knowing how he lives. It is also hard being the woman and having so much more, being able to do so much more.
So it will be another year and loads of money more but he's worth it. If there's something I learned is there are very few good people out in the world and when you find someone great, distance isn't going to be what is going to keep us apart." 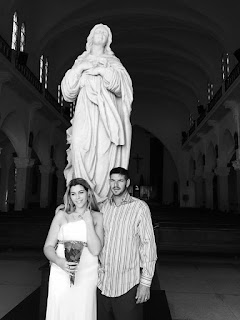