** THIS STORY IS FEATURED IN JULY'S ISSUE OF KEYS LIFE MAGAZINE. ** 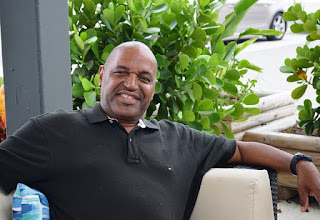 "I don't really talk about myself, because my intention is not to make a name for myself, but to help others.

I guess my most proud accomplishments have been in doing what others said I would never do. It was said to me when I was young by a very prominent person that I would never amount to anything, I would never be anything, and all of my friends wouldn’t amount to anything if they continued being my friends. When important people speak into your life and you believe what they say, it has an effect on you. And for the longest, what the person said almost made me give up; Since I wasn’t smart, and I had a very low comprehension level.

To be able to overcome the anger that I had held on to was an accomplishment in and of itself, because I was able to prove the person wrong. And there were others who called me dumb, stupid and blockhead. Hearing these negative words stunted my ability of learning for a long time, because I believed what they said.

My first accomplishment was graduating from high school. Although I didn't graduate or get a degree, I went to college!! Rather than just learn and get great test scores, I took the knowledge I gained from college and the Bible and applied it to life. I didn't learn a lot of these principles and good choices growing up; but I learned a lot of things to help me feed my anger. I never knew the Bible could be a life changing book. But that’s what it was for me.

I have accomplished more things that I ever thought I would, and some of those things have benefitted not only me, but others. God has taken me from a rebellious kid who would quit in the middle of the road to a man of determination and drive, who stopped listening to the voices from my childhood and started listening to God’s voice through His word.

It makes me proud to know that God had a plan and purpose for my life that has impacted the lives of others because He sees potential in all of us.

You couldn't give me a trophy, a plaque, or recognition for anything I have done, because it’s all because of Jesus Christ that has made a difference. He has given me passion and a heart to believe in people, despite what they are going through. It has caused me to take a different look at life than I used to. To me, that is a great achievement."
at 6:08 AM