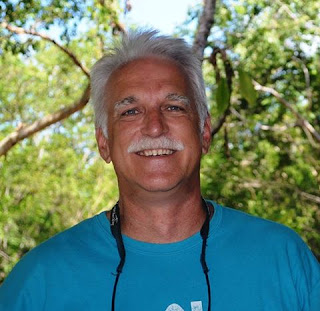 "I got 3 spikes in my hand, one in my middle finger, and one in my palm. My middle finger swelled up to the size of a cucumber, my whole hand swelled up and it hurt. So bad.
I was working at Keys Kritters and I was cleaning a little fish tank, like 1 foot by 2 feet when it happened. I was cleaning it with my hand and a sponge, and there was a lionfish in it. He was in one corner and my hand was in the other.
I moved out of the way to let some people to go by, and I moved my hand before I looked back into the cubicle. The lionfish had moved into the other corner and my hand was cleaning that way. All he did was move his spikes toward me and I pushed my hand right into them.
We went to the emergency room because as a kid I was I was allergic to bee stings. I didn't know how I would react. On the way I was either crying because it was so painful, or laughing or just mad at myself for not paying attention and letting it happen. Right after the sting I had put my hand in as hot of water as I could stand. Turns out that was the best thing I could have done and the only thing that would take away any of the pain. When I went to the emergency room they gave me 3 doses of morphine, the morphine did not touch the pain at all.
We put my hand in a pot of water as hot as I could stand again, because the heat would break down the poison. After 6 or 7 hours it stopped hurting. My hand stayed swelled up for about 2 days and my middle finger peeled about 4 times.
Talking with people afterwards, they say about the only thing that is as painful as that is kidney stones. I told my wife childbirth has nothing on me now!"
at 2:34 PM