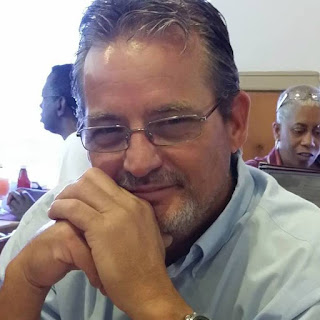 The Bahamas 1974...
In strictly technical terms I was an unwanted bastard child. My father had two children in a previous marriage and when he met my mother was not planning on having anymore. He did not speak a single word to my mother during her pregnancy. During infancy I slept in a large Styrofoam cooler, the poor mans version of a crib.
I carry a scar over my left eye. The details are sketchy but somehow I fell out of that ice chest and smashed my temple on the corner of a coffee table. I often wonder if my father had something to do with that. Considering the levels of cruelty that I was eventually to experience it would not surprise me. My father never held me. My father never told me he loved me.
I carry a scar over my heart. These scars intermingle with the ideal and the face that still lives in my mind. It was tan, reminiscent of a Kennedy set against the turquoise waters and bright white fiberglass of sailboats and yachts. My early years were spent on the decks of the La Renard and many other boats and marinas.
The sea was my home. My father was always looking for the next destination. I, on the other hand was always searching for my fathers approval. These adventures became the only fringe benefit, my hazardous duty pay. Somehow I had confused the hedonistic pursuits of my parents with love. I thought the adventures were for me. 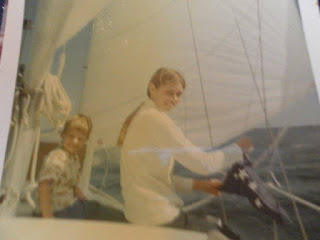 In order for me to survive I have made them my own.
They are preserved, the salt smell of the sea, the sound of sailboat rigging, the wind chimes of the deep ringing from every sailboat mast that ever sailed the sea, waves forever slapping the hull, the gentle, soft hand of the wind on my face.
I remember, I remember that which has been forgotten, that which has been left behind. I remember Bimini in the Bahamas, night crossings in the Florida Straights, waves as tall as the mast, shallow water reefs, navigational hazards, shipwrecks.
I remember the crisp brilliance of the water, a gin clear fantasy that took your breath away and left one in utter humility faced with the genius of nature. I remember the white sand beaches and the palm trees, the marinas, the yacht clubs. I remember the pirates, the captains and the adventures, all on the journey. 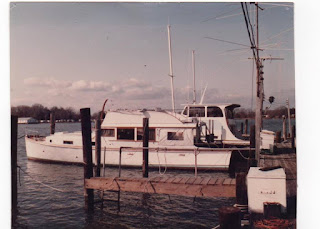 It is the journey that remains, the memories have stolen my soul, and they have ripped out my heart and left me here alone on this earth. I can only look to the horizon in order to see. It all still waits for me there.

If I lived to be one hundred these things are enough, these things sustain me. They also hurt me very deeply. It could have been such a beautiful life. It makes me angry. I can still hear my father’s voice, it echoes from the decks of that sailboat from long ago.
“We sure are going fast.” I said.
“Yes we are.” His face was wind browned and cut with wrinkles of concentration. He looked at me.
“Come stand up here.”
“Ok dad.”
I gripped the rail. Slowly I began to inch forward along the cushion. It was to prove my bravery. To stand next to him at the helm. Side by Side. The sailboat healed over at an impossible angle. Seawater rushed over the gunwales and into the cockpit. I made my way forward.
“Are we gonna sink?”
“No.”
“Yea, but look at all the water coming in.”
“It just goes over the side.”
“Oh.” I turned to look forward. It was becoming a blur.
“Take the helm.” My father placed my hands on the helm.
“Keep the needle on that line.” He pointed to the compass.
The Endeavor cut across the open Atlantic bound for West End in the Grand Bahamas. We made port later that afternoon, my father and his three brothers, each resplendent aboard their own yachts, tanked up on booze and ready to raise hell.