Chad and Meagan Brown, The move 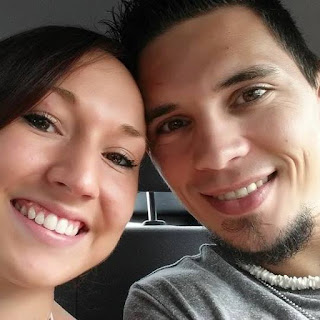 We were driving from Okeechobee to the Keys once a month to dive. After making the 4 hour drive each way for about 4 months, we decided we needed to move. We started looking for jobs and a place to live.
We finally got jobs at Post Card Inn and we were both servers at Shula’s. Within a couple of months I was promoted to a supervisor and then a few months later I was promoted again and Meagan was moved to the front desk. Just a few months later, I was promoted to food and beverage supervisor and Meagan was promoted to Pelican Cove.
I would never move, or leave a job before I had another job lined up. We made sure we had an affordable place to live, even on the lowest of income, that way we could still support ourselves. The rent in the Keys is very expensive, when we first came down we rented a room, that is all we could get, until we could afford an apartment; I was working 6 days a week, 3 doubles a week, probably 80 hours a week. It is difficult, but you have to decide if it is worth it to you.
No matter what, you’re going to have to work hard to live in the Keys. We researched jobs, cost of living, rent, and how the scale works. It isn’t easy. It is beautiful down here and all the people are great. It is definitely worth it, but you have to do your research. You really can’t just pick up and move, you have to plan it.
At first, we didn’t understand what people were talking about when they would say ‘It’s always nice to get off the rock’. Now we understand it is leaving the Keys and going to the mainland. The mainland is where all the restaurants and shopping is, including Walmart!
The Keys are not for everyone, but it is the place for us, we love it and the sacrifices have been worth it!”
at 9:03 AM