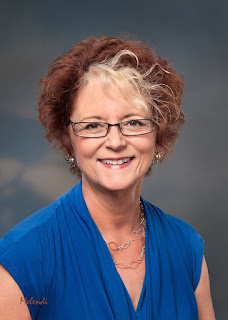 Mom told me I could do anything, be anything I wanted. So when I said I wanted to be a cartographer, an astronomer, a psychiatrist, an archaeologist or the Great American Novelist, she encouraged me to check them out.
I finally decided on journalism, as the success rate for Great American Novelists seemed iffy. A month after graduating from high school in Minnesota, I was in Gainesville, ready to pursue a journalism degree at the University of Florida.
I had no place to live. No friends waiting for me. No job. What was I thinking? I didn’t know I could fail – so I didn’t.
At graduation, I was recruited to come to the Florida Keys (“What’s that?” I asked) to work at an ailing alternative weekly newspaper in Marathon. My first exposure to the Keys was in steamy July and the tangy scent of the warm sea was intoxicating. Today, 40 years later, the smell of summer seas takes me back to that day in 1975 when I first arrived.
About nine months later, I landed a job at The Keynoter in Marathon and spent the next 30 years with Knight-Ridder Newspapers (now McClatchy), the second largest media company in the country. During those years, I also worked as editor at the Upper Keys Reporter and The Sun News in Myrtle Beach, S.C.
Great times, for the most part, but after 25 years, I was ready for something different. So when the president’s job opened at the Key Largo Chamber of Commerce, I thought, “Why not?” And for the next seven years, I worked with all types of businesses, created new products and events, and grew the membership.
But a few months shy of my 60th birthday, I asked myself, “Is this what I want to do with the rest of my life?”
The answer was no.
Ten years earlier, I’d started my own business, Key Dynamics Coaching and Consulting, to help people take charge of – and change – their own lives. However, my day jobs always took priority and my business languished. One day, I thought, “If I’m going to work this hard, I’m going to work for myself.” So in 2012, I upped sticks to devote myself to Key Dynamics.
My proudest achievement in those early days: Building my first website from scratch. It took 60 hours, but I did it. That experience, among others, helped me decide what I didn’t want to do and helped me laser in on my real passion – helping women succeed.
Today, I specialize in working with mid-career and midlife business and professional women to help them (re)design their lives.
I’ve done it, a couple of times; they can, too. And I love helping them do it.
Jackie can be reached at 305/451-9295 or via email at jackie@key-dynamics.com.
at 4:53 AM