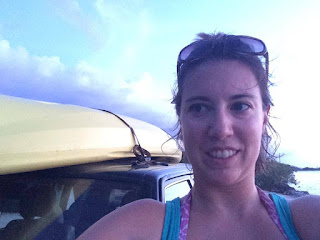 I’ve been a creator since a little girl, and always felt that desire to create pulling on my soul. Growing up in a dysfunctional family and home schooled in a rural area, it was isolated and confusing, but art was a way to connect to my emotions and retreat from the chaos. Through the years, despite college and pursuing a professional career, art has always been my true passion.

Two years ago, I decided that I would sell my house and move to the Florida Keys. Getting to that point, however, involved feeling disconnected and unfulfilled at work and overwhelmed by maintaining a house, depression, and isolation. After selling my home and putting most of my belongings in storage, I loaded my 20 year old small Volvo with a tent, air mattress, clothing, food, art supplies and my little dog, and headed to the Keys, with arrangements to camp in someone’s backyard until I found permanent housing. I ended up living at a small campground, staying there for two and a half months, sharing the common areas with other campers. It was a great experience, I felt part of a community of dreamers and creators, and felt the Keys community was where my soul wanted to be.

At the end of the season, I purchased a trailer in Marathon, and moved in there. In many ways, I was incredibly grateful for that place, after having lived in a tent. No more “no see ums” at night!! My own little kitchen! My own bathroom! My own TV! An air conditioned place for my dog while I worked! But the trailer had issues that needed repaired, and I found myself back in the same position as when I owned my home, of repeatedly doing maintenance and spending money on a property and it felt overwhelming. And despite finding some community activities in Marathon and Big Pine, such as meditation and kayaking groups, I found that the majority of social activities involved bars and drinking, while I sought more art, music, and spiritual connections.

So I sold the trailer, and returned to South Central Pennsylvania, the town where I grew up and still have friends and family, with the intention of returning after the holidays. I went to a goal-planning workshop and came to the conclusion that I really do want to pursue my dream of opening an art shop in Key West, and focus on creating, connecting with, and helping the community. I met a lot of people in the keys who are searching for connection, for spirituality, for meaning in their lives, as well, and I want to pursue that in a community. It’s been a year, now, and I believe that this is the year to return! I started a Kickstarter campaign and along with working and sticking to a tight budget, while living in a small town with a low cost of living, I plan to continue saving money to raise the necessary funds!

Here is a link the my kickstarter: https://www.kickstarter.com/projects/1375075806/chasing-dragonflies-studio