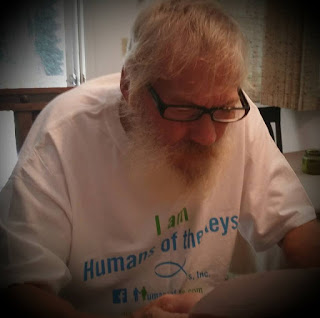 ***JACK UPDATE***
HOK - "We have received numerous inquires as to how Jack is.
I stopped by to see Jack, and he is fine. He spends a lot of time in his trailer and enjoys his quiet, secluded life. Jack likes it that way, and that is ok.
Jack's a loner, which is understandable, and he enjoys his privacy, doing whatever it is that Jack does.
We will respect Jack's privacy going forward and will be content knowing that he is ok and not sleeping in the dirt under the bridge anymore.

Email ThisBlogThis!Share to TwitterShare to FacebookShare to Pinterest
Labels: Jack