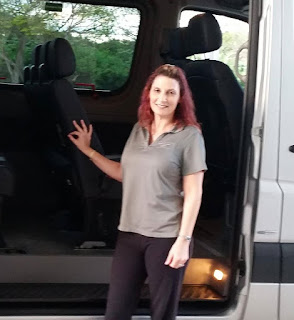 Hi Everyone!
My name is Tania Mattson. Some of you know me as Tania Cooper, well, those of you who grew up with me! I was born at Miami Baptist and came to the Keys in the late 70's when my Dad bought the old Summerland Key Marina that sat on the bayside of the South end of the Niles Channel bridge. My Mother was Rosie from Rosie's Unisex Hair Salon on Big Pine. I graduated from Key West High c/o 92- GO CONCHS!
My story is not like everyone else's. I lived a great life here in the Keys and after high school I moved to Colorado for a year. I moved back to the Keys and went back to work at the beer distributor that used to be on Big Pine. After 3 years, I up and moved to Vegas. I followed a guy out there (dumb!). Well, I ended that relationship and ended up marrying a man in the Air Force. We were married for 6 years and he gave me a smart, handsome, talented Son - Tyler. We eventually split up and Tyler and I went on to live our lives. I was working as a Craps dealer at the Wynn Casino. I loved that job!!
My Mother eventually grew sick and the economy turned bad. I had started to prepare for our move because of my Mother; I wanted to be closer to her.
Well, in Nov of 2009, I found an old friend from high school on Facebook. In the midst of our conversations I asked about my now husband. Chris was a friend and his Mother owned a Pawn Shop next to my Mothers hair salon, so we had known each other growing up...we also used to sit together on the school bus in high school. Barb told me that he was also on Facebook so I found him and got in touch! Come Thanksgiving weekend of 2009 and Chris and I spent the weekend in Tuscon. He was in New Mexico for his job and we connected that weekend and as they say the rest is history!
We moved back to the Keys in Feb of 2010 and I am thankful that I did. I lost my Mother in April of 2010 to her Alzheimer's. I was able to pack our things and drive to Tennessee to be with her in her last days.
Chris and I got married this same year in October on Founders Park Beach and it was a gorgeous sunset ceremony!
With there being no casino's here in the Keys, I had to look for another line of work. I took a job at Made 2 Order and worked there for a year. I eventually went back to school and received my AA in Criminal Justice from Keiser University. After I finished there I then attended the Basic Law Enforcement Academy at FKCC at Coral Shores. I wanted to work for FWC.
I tried a total of 5 times to get on with them and after making it to the interview process and being told by the Captain out of Miami that I should work for a different department, I decided to pursue another route in life. I applied and got a job as a Concierge at the new Amara Cay Resort. After being there for 9 months I chose to go part time and take the guest shuttle driver position. I love being there and I love all of my fellow employees and my General Manager! We are one big happy family there! I also decided to go back to school and pursue a career as a Nail Technician.
I love that I will now be able to help our community with having beautiful hands and nails and am looking forward to starting that career, but I don't plan on giving up my shuttle job and Amara family...it's something I really love!!
I love being back here in the Keys and I love that my Son gets to go to a great high school at Coral Shores and grow up with great friends and a great community supporting him. Tyler gets to do many things like sports and Sheriffs Explorers that he probably would not have been able to do with me working at night. I am thankful that I am back and living in our beautiful little paradise! 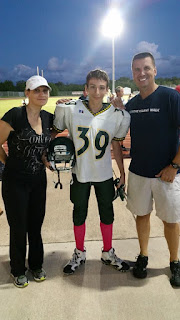