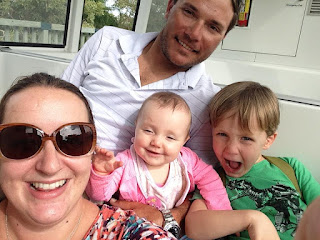 Gemma: “I came over to the States when I was 18; I was doing an internship with Leeds University in England and part of my internship required a year working in the States. I worked on Mackinaw Island for a season, then we came down to work at Ocean Reef for a season. I worked as a transportation coordinator.

After a season at Ocean Reef, I went back to Michigan. My girlfriend and I then went on a road trip for a month. We traveled all over the States; took everything we had made, rented a car, and took off, Thelma and Louise style! It was awesome!
I then went back home to England and graduated. I had been invited back to be a transportation coordinator on Ocean Reef, and that is when I met Dan. I met Dan at CJ’s during happy hour after a couple of Captain Morgan’s! The rest, as they say, is history.
Right after meeting Dan, I returned home then moved to Spain and worked over there for a while as a resort Rep; after about 6 months I returned home after my Grandparents became sick and I was running a small café in England. I ended up coming back to the Keys on vacation and never went home! Dan and I decided to get married and start this incredible journey and I went back to work on the Reef. We are celebrating our 10th wedding anniversary in March and finally having a proper ceremony in April.”
Dan: “We got married in the courthouse. She just got her first proper wedding ring also! We have guests coming from all over the world; Prague, England, Spain.”
Dillon: “My friends and cousins who live far from me are gunna be here too!”
Gemma: “We adopted Daniel about 8 years ago, and then Dillon came along almost 5 years ago, and Delaney joined us last May.”
Dan: “I moved to Key Largo about 15 years ago. After graduating I drove from Texas to visit my cousin Shaun Matthews, who was a fishing captain. During my first visit, he introduced me to a boat I would come to own ten years later. I now operate ‘Miss Chief’ Fishing Charters out of the Key Largo Fisheries Marina. We are truly blessed to live in a place that has given us so many opportunities for success and happiness!
Gemma: “I love it here, by the water and with the warmer climate. It’s where I want to be. You go to the bar and you know your bartender; they have your drink ready for you when you sit down. We have a million friends down here, who all come together whenever someone is in need. I love the community down here, and it’s about one of the safest places you can be with kids. I go to the grocery store and spend a half an hour just talking to all the people I know.” 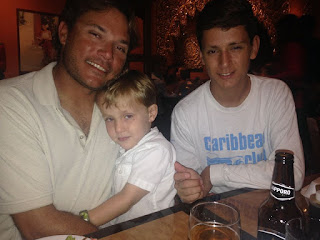