In 1992, Hurricane Andrew came through Kendall at 200 miles per hour. In the week that preceded the landfall of Andrew, there was much work to do, so many preparations to be made. I called on old and good friends to help with the "battening down of the hatches" to make the house safe for the family. Mom and dad, my brother Joe, grandma and I spent one horrific night waiting out the storm. When the dust settled there was a lot of work to do. Once again, friends were called upon to help. During that time, I became close with a man I had dated years earlier, back in Tavernier. In April, 1993 the next love of my life, my second child Shaylin, was born; a dark haired cherub with piercing green eyes. And quiet…this child was so serene.
I continued working at the doctor's office but missed the island life and longed to return to the Keys. Frequent trips to visit mom and dad just made the trek back north to Dade County harder every time. When my grandma died on my birthday, December 24, 1998, I decided to make the move back south to the Keys; back to my island and to the waters that I missed so much. Shannon was in high school now at New World School of the Arts in Downtown Miami and a difficult decision was made to let her finish out her schooling there, living with her father in Dade County, while Shaylin (6) and I returned to the Keys.
So, it was 1999 and I was bartending at the most wonderful place in the world, Papa Joes, and life was good. I really enjoyed working there. I made some great friends there and had great customers who frequented the outside bar. I enjoyed the banter and especially the stories from the Bud N Mary's fishermen, who wandered over for an afternoon libation. They had the best stories of all. After work I could sit and watch the boats come and go, and the sunsets were always magnificent. Occasionally, Shaylin and I would fish from the docks there and catch our dinner; sometimes we would catch shark and tarpon too. It was always fun. It was a sad day in 2006 when the doors closed at Papa Joes. For a couple months after I would get out of bed in the morning and not know quite what to do.
At a friend's urging I decided to go back to school and this time I got my USCG Captains license. It was a hard test but I passed. I was doing part time bartending at Lorelei, and working as a Captain with Kelly Klein and her "Two Chicks Charters" business for extra money. Working on the water was a dream come true; being out on the water again every day, showing little kids how to catch a fish, and seeing the joy on their faces when that little light comes on in their eyes that you've seen a thousand times in your own. You know they will love to fish and catch fish for life!
I found Island Grill in 2008 and worked there until August 2014. I also worked 3 days a week at Mariners Hospital, in Cardiac telemetry (ICU) for a while. I hated it. Between the hospital and some hard lessons in my personal life, I was a broken soul.
But, I couldn't be happier right now!!! I'm so proud of my two children Shannon (31) and Shaylin (22.) They have both grown to be caring, giving, loving individuals. I also am a proud Grandma! Shannon and her husband Richard Trezona have two awesome little dudes, Elijah (9) and Asher (5.)
I spend my days mostly gardening now and gazing into the water behind our home. I grow vegetables, herbs, and now have fruit trees I've planted from seed that are becoming mature. My little dog Jiggy is the only baby around now, spoiled rotten. He loves getting on the paddle board with me, boating, and riding in the Jeep. I also keep busy with volunteering at the Moose Lodge and the Sons of Italy Club. Along with others, I am often called upon to orchestrate local benefits for those in need. 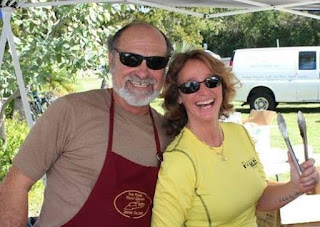 Next is that I am engaged to be married to an incredible man, who helped fix my broken soul, Salvatore (Ted) D'Esposito, whom I've known for more than 35 years! Ted and I first met long ago through my old room-mate, Rhonda, when I was just a kid of 16 living on a sailboat down the docks on Bimini Row...... It’s funny how it all comes back to PARADISE. 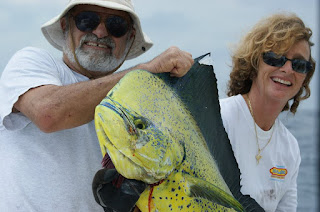