HOK: R.I.P. Ted. You will always be loved and leave memories for so many here in the Keys. Ted's original story is below. 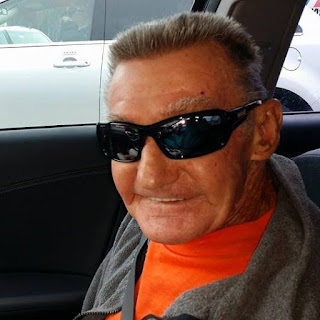 Mr. Ted Otto Hirsekorn, 86 of Key Largo, FL passed away on Wednesday, March 16, 2016 at the Levine Dickson Hospice House at Southminster in Charlotte, NC.
Mr. Hirsekorn was born on January 20, 1930 in Miami, FL, son to the late Otto W. Hirsekorn and Feodora E. Hirsekorn. Ted was a corporal in the U.S Army who served in the 817th Engineer Aviation Battalion during The Korean War. He was a faithful servant to the Lord and a good Christian man who was a long time member of the First Baptist Church of Key Largo.
Mr. Hirsekorn owned and operated the Key Largo Transit aka “The Mini Bus” before retiring in 2002. Ted will be fondly remembered by family and friends as a man of integrity, good humor, and one who was full of life. He was a devoted family man and a loving father to his children, grand children, and great grand children.
Preceded in death by his children Karen Hirsekorn, Michelle Hirsekorn, Todd Hirsekorn, and Melisa Burke, sister Ida Fleming of Miami FL, and brother F.D. “Shorty” Hirsekorn of Waller, TX. Survivors include his former wife Pauline Hirsekorn of San Diego, CA, brother Wally Hirsekorn, and his wife Donna of Neptune Beach, FL, sister in law Joy Hirsekorn of Waller, TX, son Ted Hirsekorn and daughters Maxine York and Mary Cook of San Diego, CA, daughter Marcel Wilmont of Tigard, OR, and daughter Melinda Lambkin of Charlotte, NC. He is also survived by numerous nieces, nephews, grand children and great grandchildren.
****NOTICE of services for Ted****
If you would like to pay your respects to Ted and his family, they will be local this week. Please find times and places:
A visitation will be held Monday, March 21, 2016 from 5:30PM until 8:30PM at Allen-Beyer Funeral Home, 101640 Overseas Highway, Key Largo.
A memorial service will be held Tuesday, March 22, 2016 at 11:00AM with a reception to follow at the First Baptist Church of Key Largo, 99001 Overseas Highway, Key Largo.
A military graveside burial will be held Friday, March 25, 2016 at the City of Miami Cemetery, 1950 NW 12th Ave. Miami, FL.
The family requests that in lieu of flowers, memorial donations be made to the First Baptist Church of Key Largo, 99001 Overseas Highway, Key Largo, FL 33037 or to Levine & Dickson Hospice House at Southminster, 8919 Park Road, Ste. 1000, Charlotte, NC 28210. 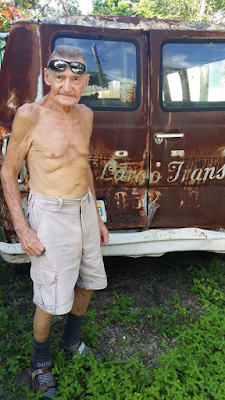 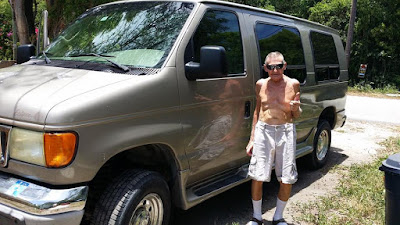