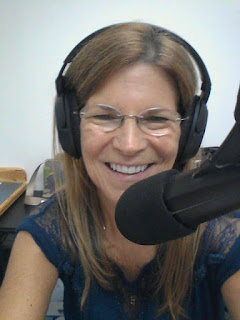 "My family started coming to south Florida in 1968.  We vacationed on Singer Island when there were no high rises out there!  We would stay in a very small resort, and every morning my parents would go down to the beach and come back to tell us whether or not we could go swimming that day.  There were no lifeguards, or warnings of riptides or sharks or anything.  If they saw a barracuda washed up on the beach that had been eaten by a shark, they would say, “No, sorry kids, no swimming today.”  So we learned how to swim in an ocean that was wild and natural.  That’s where I spent my summers between the ages of about 12 and 16.  We were living in Ohio, but as I got older, bit by bit my family started moving to Florida.

My mom and my brother both ended up living in the Keys.  I was hearing all about the Keys for years, and had to come down to visit and really find out what it was about.  Once I got down here, I found that it was very similar to the Florida I had known as a teenager, in the 60’s.  I felt like I had found the old Florida again, and I was hooked, I wanted to get back here.  It was March of 2004, I was about to turn fifty, my second marriage had just ended, and I decided, “You know what?  I’m moving to the Keys.”  I found out about a marathon in the Keys that was on my birthday and decided to start training and run a marathon in the Keys on my 50th birthday.

I was working for Fox Media at the time, and they owned and operated a station in Miami, so I went to work there.  I thought I was going to be able to work in Miami and live in the Keys.  But, I was living at MM105 with my brother and working in Miami Lakes.  The drive was almost 2 hours each way, longer during rush hour.  I did it for almost 2 months, and then one morning it took me over 3 hours to get to work.   I decided that I needed to find a job in the Keys, but I knew it was going to be tough.  You know, I was from a big city.  There were no big TV stations or big radio stations in the Keys.  There was a radio station but they had a pretty full staff at the time.  About that time Kim Cheshire left, so they had an opening for the weekends.

My brother Patrick worked for the radio station part time for a while; a lot of people down here knew him as Rick.  Apparently, he had talked to everybody there all about his sister up north….”My sister has been in radio since the 70’s…My sister works for a big TV station…My sister, my sister, blah blah blah…!”  My interview for the radio station was at Snapper’s Restaurant.  KC Stewart, the program director, had just finished his radio show there.  I went in, sat down and I remember I pushed my resume across the table to him.  He just pushed it back and said “I don’t need that.  I know all about you.  Do you want to start Saturday?”  By the way, I never got to run that marathon because a few weeks before, I was running at Key Largo park, training, and I broke my toe.  On my 50th birthday, instead of running that marathon, I started my radio career in the Keys!

It was my brother who got me into radio in the first place.  I got into radio by accident.  Radio was his dream, not mine.  My real story with radio is that I was painfully shy.  Patrick got into radio in college, working for the college station.  When I started college, he said, “Why don’t you come over to the station and hang out?”   I really hadn’t decided what I wanted to do, so I would go, hang out, and just watch.  Then one day, I was there and they needed a voice, so they stuck me on a microphone, and it was kind of fun!  Little by little, just because I hung around, I started getting thrown into stuff.  Soon, I started taking classes, and before long I was working for the campus station too.  Because I was shy, I wasn’t sure I could do it; but, it was easier to talk on a mic in a room by myself than in front of people.  I gained more confidence and started looking for jobs at other stations in town.   I went to apply at a station when I was 19, and they were very impressed with how much I knew and all I had done already to be so young…and a girl.  It was really a man’s world back then.  This station had no women at the time.  I started doing the news and gradually more and more.  I learned a lot and made all the mistakes!

I started my career in radio in 1973.  I did the “Dr. Johnny Fever” tour (WKRP in Cincinnati!)  I worked in Akron, Ohio, Ft. Wayne, Indiana, Pittsburg, and Cleveland; I did morning shifts, day shifts, night shifts, whatever I needed to do.  I worked in country and in rock.  Rock is great because you can do so many different formats within the same genre.  I’ve done big band and jazz.  I’ve been a news person; I’ve been the engineer... I was the person that always wanted to learn everything.  Back in those days, media was always changing.  So every time something new would come in and they needed somebody to learn how to use it, I was always like, “Oooo, Oooo!” with my hand up, like that kid, Horshack, in Welcome Back Kotter!  I was always kind of a geek about radio.  I just liked it and thought it was really fun, and it beat work!  Why not play music for a living and have fun?  I just thought it was the neatest gig.  I got to go backstage at concerts, and I haven’t bought a cd or a record, a t-shirt, or paid for a concert ticket in almost 40 years!

I’ve had a great time in radio.  It’s been a wild and crazy ride.  And, wow, the changes I’ve seen in my years in media!  At the very first radio station I worked on the college campus, I used reel to reel tapes, a turn table, and a cart machine…I needed 3 arms!  Now it’s all computers!  I was in television for about a decade before moving to the Keys; I worked for a sign company for a while and learned a lot about outside advertising; I even worked at a newspaper for a while selling ads.  I guess I just love media!

But, I’ve really always loved radio, because it’s “theater of the mind.”  I have a vivid imagination and I’ve been running music videos in my mind since long before MTV.  When I was a girl and I would sit in my room and listen to music, I would listen to the DJ’s and the music and make little music videos in my head.  I realized that with radio you could hear what you wanted to hear and your brain could fill in the rest.  And, I just love music.  I have met so many music artists over the years, even gotten to be friends with some of them.  And living down here, we have so many amazing musicians right here in the Keys!  I tell people all the time, if you want to walk among music stars, just come to the Keys.

‘Life’s not about how many breaths you take, but about the moments that take your breath away.’

‘Life is like a camera; focus on what’s important, capture the good times, develop from the negatives and if things don’t work out, just take another shot.‘