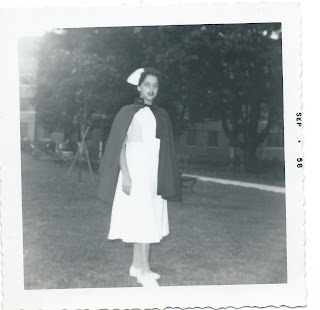 From the Days of Florence Nightingale to Humans of the Keys
In June of 1938 Rita Weinstein was born, from Russian roots, and lived in Long Island City, Queens, New York. She lived the first decade of her life there. Her home was in the Queensbridge Housing Projects, the largest public housing project in the United States, a complex that comprises 29 six-story buildings and today houses nearly 7,000 people. The household income had to be $3,000 a year or below to live in “the projects”.
Anti-semitism was strong in the projects and being only 1 of 3 Jewish families amongst approximately 400 other families living there presented rough times. Bullying was nearly a daily occurrence and being tolerant wasn’t easy. Rita’s younger sister was smaller, and was not so tolerant so she spoke up on behalf of her big sister, and when she did, little sister took on a few bloody noses. She said, “Worth it every time, she’s my sister and I will always stick up for her”.
After graduating high school Rita went into nursing school. From her childhood home she moved into the dorms at the nursing school where she learned and lived for 2 years, receiving her Registered Nurse Degree. The same school was also the hospital she ended up working for the next 20 plus years.
The next part of the story is pretty boring and expectable. She met a boy, they dated, they got married (in 1960,) and they had 2 children. But, after 10 years they parted ways and she became a single mother. Instead of feeling bad about the situation and worrying about how to make it on her own, she decided to go back to school and got her Bachelor’s degree in Psychology and Master’s degree in counseling. She worked full time all day, went to school at night, studied on the weekends at the library and always made time for her children. She even found time to date. The ambition to strive, to be more independent, to be a loving mom and to make sure her children never went without, is inspiring.
She later remarried and moved out of Brooklyn, to Long Island where she bought her first house. During the course of the next decade she was convinced to leave Long Island and move to California, to a supposedly finer and richer life. What she found was her children no longer happy, continued financial struggles, and her own discovery of unhappiness and thoughts of how to turn it around to make it better. So, she took additional courses and certifications, and delved into becoming a psychiatric nurse; moving away from practical hands on nursing. She left the hospital atmosphere and traded in her white nursing shoes for plain clothes, supervising inpatient drug and alcohol recovery rehabilitation facilities. Off and on through the years she found it necessary to work a second job as well, but again always found time for her children.
Rita’s parents were aging, so she decided it was time to move back east to Florida to be closer to them. She moved her family to Key Largo and bought a home in 1989; her parents were living in Hollywood, FL. With her background in psychology, she began working in her field as a case manager for mental health divisions of insurance companies. Over the next 20 plus years her path through life didn’t change much. She was always a loving daughter and sister, a loving wife, mother of 2 children and grandmother of 6, and of course a dedicated employee.
When she isn’t watching out for her family you’ll find her helping someone else’s. When she met a woman whose family in another country was in need, she gave clothes and money to send them. To another woman she met, who was working 2 jobs to support her children, she offered help by giving her extra money, asking nothing in return. These are not personal friends but other local Keys people who needed a helping hand. This is paying it forward and this is what being a human of the Keys means. You don’t have to be born here or even grow up here to be a human of the Keys. For Rita, taking care of people is who she is and has always been, providing love and care to all who know her. She continues to take care of her family near and far, and continues to inspire.
Rita still works full time in Miami, awakens at 5 a.m. Monday through Friday and gets home around 6:30 or 7:00 p.m. each night. Her husband is now stricken with Parkinson’s disease, and she tends to him when she gets home. On the weekends she loves to go out shopping, have lunch or go out to the movies with her daughter, son-in-law and grandkids. What makes this woman get up every day and drive 1 ½ hours to and from work? Number one is to enjoy living in the Keys and know that after a long day she can return to peace and quiet. Two, she has most of her family living here as well. Three, it keeps her young, vibrant, and her co-workers adore her just as much as her family. 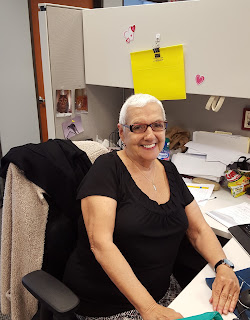