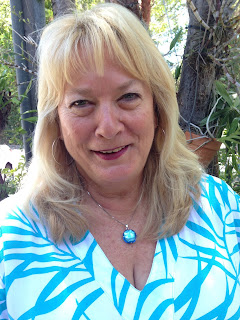 Forty years ago, Susan Anseman Ashmore crammed everything she could into her little Vega, including her beloved 90 pound Doberman, Chivas, and drove to the Florida Keys, supposedly just for the summer! She had sublet her apartment in Columbia, South Carolina and planned to return in August to complete her final year at the University of SC. Her boyfriend had moved to the Keys a few months before, after the two of them had vacationed there, and she was going to spend the summer with him.
Of course, as has happened with many of us, she fell head over heels in love with both the Keys and the boyfriend. When August rolled around, she headed back to South Carolina. But instead of returning to school, she packed up the rest of her stuff and her cat, Mr. Quincy Jones, and headed back to paradise. She worked for a year at the Indies Inn on Duck Key (now Hawks Cay) as a bartender and her boyfriend was a mate on the Miss Duck Key head boat. In June, they got married in Marathon and honeymooned in Montego Bay, Jamaica. Shortly after returning, they both ended up quitting their jobs on the same day, unbeknownst to each other.
Shortly thereafter, Susan got a part-time job as a bartender at Cheeca Lodge. She had only been there for a couple of months when she complained to one of the accounting clerks about being bored. The clerk said, “Come to work in the accounting office and you will never be bored.” As luck would have it, they had an opening for someone to do the payroll and Susan was given the position. Over the next three years, she moved around the office learning all of the clerk jobs. When the resort lost the third Controller in three years, Susan’s father told her to go talk to the General Manager, Harry Galloway, and tell him she owned a home in the area and was not going anywhere. In spite of her misgivings, she did it, and became the Controller of Cheeca Lodge; a position she would hold for 13 years.
Unfortunately, the marriage didn’t last, but Susan did get two beautiful daughters, Ashley and Lauren, out of the deal. Both girls are now married and live right here on Plantation Key. Ashley has two sons, Dylan and Braylon Lindmar and Lauren has a 3 year old son, Rylan Solis, and another boy on the way. Susan considers herself the luckiest grandmother in the world to have everyone so close by.
After all those years of bean counting, Susan was looking for a new adventure, but didn’t want to leave Cheeca. The General Manager at the time, Herbert Spiegel, saw some potential in her and sent her out on a couple of sales trips. Shortly thereafter, the Director of Sales position became available and she went for it! At that time, the sales office for Cheeca was located in Miami, near Dadeland Mall. So, for seven years, Susan commuted from Plantation Key to the office in Miami. She also traveled the country, promoting the resort to corporate, association and incentive meeting planners as well as travel agents; and she was fortunate to stay in some of the finest hotels and dine in some of the top restaurants in New York, Chicago, San Francisco, L.A., Atlanta, Boston, D.C. and more. She made a lot of great friends and developed a true passion for travel.
When Herbert Spiegel left Cheeca, Susan found herself liking her job less and less. She decided that since she was great at making money for other people, maybe it was time to make money for herself! She obtained her real estate license and had a very successful career for the next 10 years. She is one of only 4% of all Realtors to have earned her CRS (Certified Residential Specialist) designation and is also a Graduate of the Realtor Institute. She served as President of the Florida Keys Board of Realtors, the Florida Keys MLS Board and the Upper Keys Century BPW. She was honored to be a mentor for Take Stock in Children for four years. She also found time to graduate from Leadership Monroe – Class 13 – the best class!
Of course we all know what happened to the real estate market in 2006 and Susan was not immune to the downfall. Just when things were really looking bleak, she got a call out of the blue from Herbert Spiegel, to whom she hadn’t spoken in years. When she asked where he was working, and he replied that he was at Cheeca, she was stunned. He was back as GM and wanted to talk with her. Long story short, she was back at Cheeca a month later as the Director of Leisure Sales… And back on the road! She even got to attend the world’s largest travel show held in Berlin!
She also indulged her need to travel with some amazing personal excursions, including cruises in the Mediterranean, stopping in Italy, Greece, Turkey, Croatia and the Vatican, the Baltic Sea; visiting Germany, Estonia, Russia, Finland, Sweden and Denmark. She has cruised in the eastern and western Caribbean and spent time in London, Rome, Copenhagen and Amsterdam.
After four years, she decided that she really preferred working for herself and made the move back into real estate. Susan is now a full time Realtor with Moorings Realty in Islamorada. For the past 35 years, in her spare time, she has also performed wedding ceremonies throughout the upper and middle keys, and has met and married people from all over the world. She loves meeting new people and sharing her passion for the Keys with them. After 40 years of living, working and playing here in the Upper Keys, Susan knows our community like the back of her hand. She feels blessed to live in a small community with so many wonderful friends! 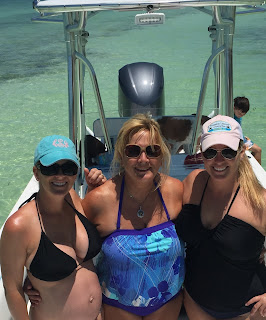