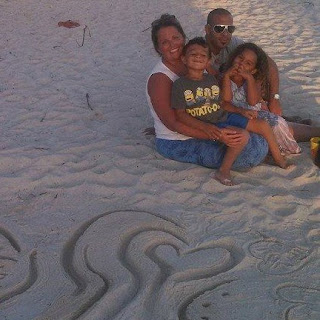 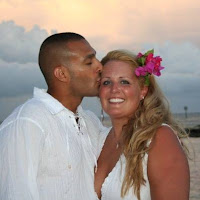 "When searching for a place to get married, we knew we wanted a destination with a tropical feel, but no passports needed; and a fun, safe place that military friends and family from both coasts could join together. After little deliberation, we picked Smathers Beach in Key West.
Five years later, the blistering cold in Pennsylvania had taken its toll. 8-degree weather for nearly 2 weeks straight burst the pipes in the kitchen of our 8 bedroom, renovated farm house that was built in 1900. That was the beginning of what we now call the “great purge”.
The story goes: Amy looked at Esteban and said, “I have an idea. Let’s sell this big house filled with all this crap we don’t need. Let’s sell these cars we don’t drive, buy a camper and pull it to the keys.” Esteban nodded his head in agreement and simply replied, “Ok”.
The next morning, the house was listed. Facebook friends came with handfuls of cash from all over and bought everything we owned. What didn’t sell via Facebook, yard sales soon completed.
Never having pulled a camper, or even camped as a family, we went to the RV store, bought a camper and started the almost 1800 mile trip to the Florida Keys. With 2 kids in tow, 4 and 5 years old… the adventure began! With joyful spirits and no expectations, we headed south, very south.
Almost 2 years later, we call the Florida Keys home. We still live in the little camper. We joke about getting something bigger, but we constantly remind ourselves that, “Bigger isn’t always better.”
Trinity and Haven both attend Big Pine Academy; they are green belts in tae kwon do, and are avid snorkelers and fisher-kids.
As for mom and dad? Esteban is currently working with KLM Services in the air conditioning business (which he has never done before) and is heading back to school using the remainder of his GI Bill from his service in the ARMY to complete an additional degree from FKCC in Business Diving Technology. He is also Super Dad and serves as the President of the kids PTO.
Amy is an adjunct professor at FKCC, event planner for Checca Lodge’s 70th Anniversary celebrations, Beer Ambassador for Florida Keys Brewing Company, and the former Director of Sales for Florida Keys Media, where she still continues to sell in her spare time.
As for a decade from now, we aren’t going anywhere soon. The Ocean is our home, as well as the Florida Keys who accept all who arrive here with a happy heart and a friendly smile." 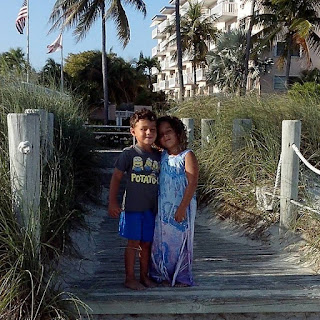 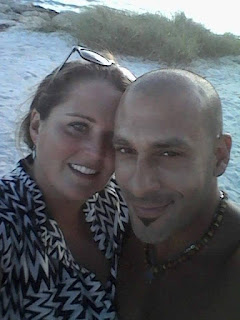