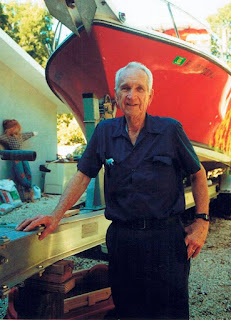 Joe Pinder, a Florida Keys native, passed away last Sunday at age 86. He survived two major hurricanes and spent six years as the only Monroe County Sheriff’s Office deputy in the Upper Keys. He also served 17 years as a board member of the Monroe County Mosquito Control District. He and wife Roberta, best known as Bobby, were married for 63 years.
Pinder was from a Keys pioneer family that traces its Islamorada roots back 146 years. His son Buddy said, “The stories my dad could tell! Once President Harry Truman asked him to drive Bess Truman from Key West to Miami for a shopping trip. Truman leaned into the car and asked him to take care, because he was carrying precious cargo.”
Mr. Pinder was 5 years old when the deadly Labor Day hurricane devastated Islamorada in 1935. He escaped when his father put him on a floating bed mattress. His mother was hospitalized after being hit by a collapsing building.
He was a deputy when he rode out Hurricane Donna in 1960, a storm that washed out Keys bridges. Mr. Pinder also worked at Cheeca Lodge and ran an appliance business when air-conditioning was new technology.
Survivors include wife Bobby; sister Alma Pinder Dalton; sons Jack (and daughter-in-law Teresa), Buddy (and daughter-in-law Cerise), and Henry ( (and daughter-in-law Barbara); seven grandchildren and seven great-grandchildren; and numerous nieces and nephews.
For more: http://www.flkeysnews.com/news/local/article95491207.html
at 3:30 AM

Email ThisBlogThis!Share to TwitterShare to FacebookShare to Pinterest
Labels: RIP