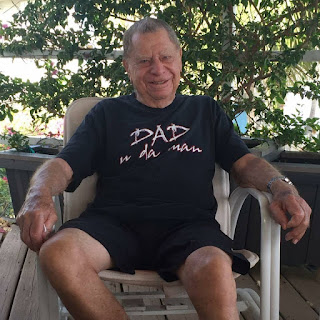 
“I arrived in Florida in late 1978 and bought a home in Ft. Lauderdale. We would come to the Keys for weekends starting in about 1980 to Tarpon Basin; it’s now Swim with the Dolphins. They had a few bungalows in there and a friend of mine and I kept our boats there. The bungalows cost $15.00 a night.
We ventured out, explored the area, and I don’t know what brought us to Hammer Point, but we found it and we looked at trailers in the old section of the neighborhood. There weren’t any homes, it was just zoned for trailers. The builder tried for 13 years to get permits to build homes in Hammer Point. He originally dug the canals all 17’ deep and used the fill to build up the area. In order to get the permits, he had to refill the canals and re-dig them to no deeper than, something like, 6 ft.
At that time, there were 2 houses, but they were on the other side of the neighborhood. We looked at the 2 houses and we bought one of them. That was the beginning of the newer section of Hammer Point, back in 1986, and our weekend home for years to come. We moved to the Keys permanently, ten years ago, when I was 80 years old! I have always been handy so I was able to enhance and build onto my house during the past 30 years.
I bought a house in the Keys because I wanted to have a place that my kids and grandkids would want to come and visit. If I lived in the Bronx I would not have these kinds of family reunions! My family just threw me a 90th birthday party at Bumby’s. My entire family of 23 was there...children, grandchildren and spouses!
I lived in Brooklyn as a young man. A friend of a friend had just lost his father tragically. My friend and I would visit him often in his 3rd floor walk-up. One day while we were visiting, there was a knock on the door. Bernice (“Bunny”) lived across the hall and was locked out of her apartment; I managed to open the door for her. That was the first time I met my future wife.
She told my friend I was cute, or something like that and she expressed that she wanted to go out with me. He said I would never go out with her; I had just broken up with a Bernice! They made a bet. She bet my friend that I would take her out within 3 months. He told me about the wager he made with her, so I played hard to get.
I had a 1942 Buick at the time; that was unheard of, nobody had a car. That was the last car made during the war. 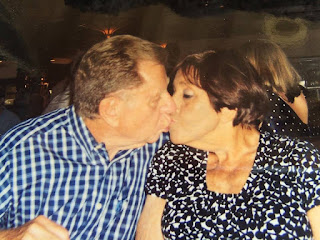 She flirted with me and I didn’t react. After the bet had expired, I asked her out.
I accumulated $500 so we could get married. Our parents did not approve; I was Catholic and of German decent, she was Jewish. It was right after WWII.
We stayed at the Waldorf the first night of our honeymoon. In the morning she put on this beautiful cowboy outfit; black top, black pants, all detailed and embroidered nicely. Really beautiful outfit. They wouldn’t let her into the lobby of the Waldorf. “Ma’am, you cannot go into the lobby dressed like that.” She had to go upstairs and change into a skirt, they wouldn’t allow her in the lobby in pants. It was 1949.
After a little adventure in our trip, and staying in less expensive places, we finally got into Florida and pulled up to the Fontainebleau: it was $16 a night. No way! We couldn’t afford that! We stayed at the Atlantic Towers, which was $7 a night.
We were married just short of 65 years when I lost her. She was a wonderful wife, mother and grandmother. She was an angel on this earth. We had 4 kids and 10 grandkids.
I joined the Navy at 17. They made me an electrician. I served 2.5 years.
After our honeymoon, I started a furniture business in New York. I built the business from the ground up, and ultimately, employed 22 people, 4 full time designers, and a factory. We showed and made furniture no one else had. Everything was custom finished. It was called Arista.
When I came to Florida in 1978, I started a furniture company here, Lohmann’s Furniture. I love wood working and finishing and am very good at it. I made furniture for many famous people, like Tim Hardaway and PJ Brown. I built an 8’ round bed for PJ Brown!

My greatest accomplishment, at this age, is the enhancements I made to the canal markers out in front of my house. Before, there were just sticks and tin cans marking the rocks. At 89 years old, I designed and cast 5 markers, cemented them, transported them to the canal markers, and set them into position. I am very proud of my project and the results!
I taught the kids how to water ski, all my kids and grandkids, plus friends and neighbors. For my 80th birthday, I went knee boarding, but my kids won’t let me anymore. They won’t take me, my son who is an orthopedic surgeon, says it isn’t a good idea!
I am very fortunate my life turned out the way it did. We loved our children. We loved our life. I don’t have any regrets!”
From Scott, one of his sons: “Mom and Dad are all about family. All 4 kids have college degrees or better, all 10 grandkids have college degrees, and 6 of the 10 have further degrees. Everything they did was all about the family; while other parents were sending their kids to sleep away camps, mom and dad were taking us camping. They did everything for us.”
Note from HOK: I spent, maybe, an hour and a half with this gentleman. He had his son Scott, and granddaughter Stacey there still with him from the weekend’s activities with their spouses. This man is a hero to his family and for his family. They brag about him; to the point he is uncomfortable. That is an amazing accomplishment! We should all strive to be as loved, admired, and respected by our kids and grandkids as this man is! 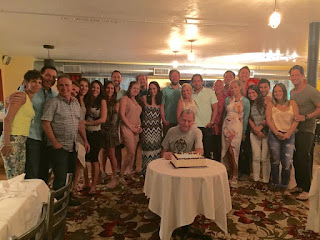